Longer Life and Healthier Living – Can Physical Exercise Be the Answer?

The benefits of exercising regularly have been known for a long time now, fighting off obesity being one of them, – but what if you are in the more mature group, maybe it is time to “slow down” and move over to a more relaxed, sedentary way of living?   After all, your body is weaker and slower than when you were in the twenties, – maybe a sign from your body that you should reduce your physical activity?  Absolutely not!

There is now scientific evidence that physical activity dramatically increases the possibilities for longer life!  AND a healthier aging, with less possibility of developing major chronic diseases, physical or mental handicaps, or developing serious depression.

With other words: Engage in regular physical exercise, and increase your chances of reaping the benefits of not only a longer life, but also a healthier aging!

It is now documented that being physically active also later on in life is really beneficial. 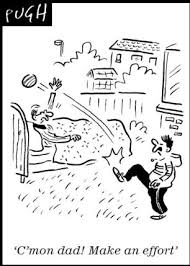 Researchers from the University College London in the UK short time ago (Oct 2013) published in the British Journal of Sports Medicine how they followed 3,500 men and women with an average age of about 64 about  their self-reported activity levels and health over an eight year period.

The big question: Will moderate to high physical activity lead to healthy aging?  (Defined as participants surviving the length of the study period without developing any major chronic diseases, physical or mental handicaps, or developing serious depression).

Previous  research has shown that exercise at mid-life (around 40-50) leads to significant benefits for healthy aging, this research at University of London found that the same is true for those over 60. The positive effect on healthy aging was very clear for all groups, whether they had been active all their life, or did not start until the start of the study.

So it is clearly good news for everybody doing regular physical activities, but also very good news for the “slow starter”: For those who did not start to engage in moderate or vigorous exercise (at least once a week) until the start of the study, researchers found that they were up to four times more likely to fall into the healthy aging bracket than those who were inactive.

What this research, and others, show (see under),  is that people who haven’t lived a particularly healthy life so far can make a real difference in their prospects of aging healthily even if they are starting relatively late in life. Also, the study stresses that we really must try to stay active as we get older in order to keep aging healthily.

Dr. Mark Hamer, Head researcher said:  “The take-home message really is to keep moving when you are elderly. It’s cliche, but it’s a case of use it or lose it. You do lose the benefits if you don’t remain active.”

Another point of interest: The study actually tracked physical activity levels and not purely things like going to the gym or running. From this, the researchers found simple physical activities like gardening and walking absolutely are among the activities that were shown to provide healthy aging benefits.

Here a recent study at the Hebrew University Medical Center that studied a group of nearly 2.000 adults aged 70-85 years, and asked them about their levels of physical activity. Those doing less than four hours a week of physical activity were considered sedentary.  Those who exercised for more than four hours a week, doing vigorous activities, were considered physically active.

NB: It is clear evidence that no matter how late you take up physical activity it will be beneficial.   Good news for “slow starters”!

The causes of these dramatic benefits of physical activities are many, and there is no doubt that the “spiral of decline” is slowed down.  This may happen by many reasons:  Reducing fat, keeping up muscle mass, improving heart health, boosting immunity and other factors that still has to be investigated.

The general recommendation (the Centers for Disease Control and Prevention) is that older adults need at least 2 hours and 30 minutes of moderate aerobic activity (such as brisk walking) per week in order to remain healthy. CDC also recommends older adults to do some muscle strengthening at least two days per week. Again: no need to go to the Gym:  These activities can include heavy gardening, lifting moderate weights or doing body weight exercises, using resistance bands, or doing some forms of yoga.

A good advise will be to consult with your doctor who will be able to help you find a physical activity program that is right for you.

How to Lose Weight Long Term – No Gimmicks, Only Truth